skip to main | skip to sidebar

What a Silly Little Girl

The older Ziva gets the more of a "hoot" she becomes.* Below are a bunch of funny faces she makes. They are on purpose. It is a riot, especially when her and Jason get to trading funny faces. Too cute! Usually she won't let me catch them on film but the other night I was lucky. I also have a video of her "talking" away. Mostly she signs: brushing teeth and pick me up. I haven't decided if she is going to be the class clown yet or not. I feel she has a lot of her daddy in in her...strong silent type, very stoic, but when you get to know her she will let down her guard and go crazy. 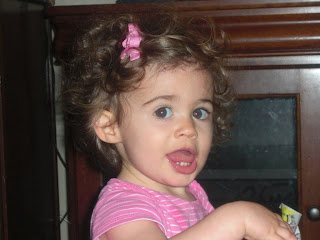 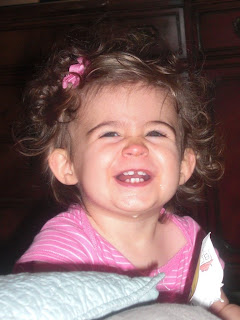 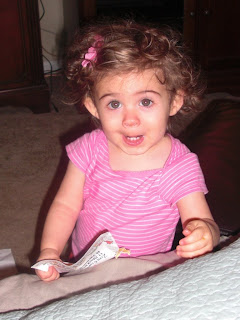 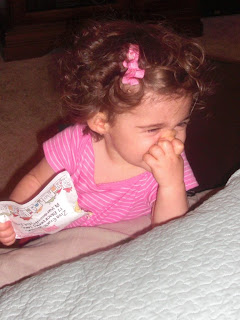 *As I wrote the sentence above. I heard my daughter fussing behind me. (I had her "pinned" in today because we have a lot of boxes out and we were going in and out, etc.) Well, she had pulled her car over the edge behind me, crawled on top of it, was standing and trying to throw a leg over the top of the fence. I caught her just before she toppled over. So it has begun.

Is she trying to make herself throw up? Is the book that bad? As we watched the video, Brooklyn said, "She is so very pretty!" Which is the truth. Good job, you two.

Blogs We Love To Read